9 Reasons Green Tea Could Add Years to Your Life

As you know by now, my expertise is urology. Prostate problems, bladder trouble, erectile dysfunction — this is the meat and potatoes of my practice. So it goes without saying that you’ll hear me talk about those subjects. A lot...

It also explains why so many guys eventually ask me whom they should see for help with out of control blood sugar. Or weight loss. Or cholesterol and blood pressure concerns.

At that point, I inform them that they don’t need to go anywhere. Because I can help with all of that, too. The entire basis of integrative medicine is that you treat the whole person — not just his prostate or his bladder.

That’s why so many of the recommendations you’ll see me offer here really do run the gamut of usefulness. My favorite supplements — the ones I would suggest everyone take — are the ones with a whole lot of notches on their proverbial belts. 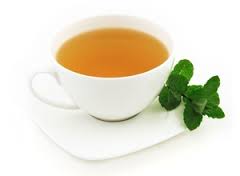 Green tea is a standout among them — absolutely one of my top ten. And the results of a recent study make really fast work of showing why...

First, some quick background: Compounds called catechins — and most particularly, a powerful catechin called epigallocatechin-3-gallate (EGCG) — are the main active cancer fighters in green tea. Published research shows that these catechins can slam the breaks on cancer cell growth, induce cancer cell death (a process called apoptosis), and both prevent and shrink tumors in animal models.

But the study I want to share with you today focused on real-world benefits. Namely, researchers wanted to see what a steady stream of green tea catechins for one year could do for men diagnosed with two different types of high-risk, potentially precancerous prostate lesions: high-grade prostatic intraepithelial neoplasia (HGPIN) and atypical small acinar proliferation (ASAP).

To do this, researchers split nearly 100 guys into two groups. Half took 200 mg of green tea extract, standardized to EGCG, twice per day. (Adding up to 400 mg of green tea catechins daily.) The other half took a placebo.

At the end of the year, results showed that, in men with HGPIN, green tea catechins lowered the combined rate of developing ASAP and prostate cancer. This study also showed that men taking green tea had a significant drop in PSA levels — which, as I’ve explained before, is still a really important part of the prostate cancer puzzle.1

This particular study didn’t show a significant difference in overall prostate cancer cases between the two groups. But the benefits are still noteworthy — especially in relation to previous research, which has clearly demonstrated the protective effect of green tea in men with HGPIN.

In fact, a 2006 placebo-controlled study of 60 Italian men showed that, after taking 600 mg of green tea catechins daily for six months, six of the 30 men in the placebo group were diagnosed with prostate cancer. But none of the 30 subjects in the green tea catechin group were diagnosed with prostate cancer.2

After one year, nine men in the placebo group — and only one man in the green tea catechin group — were diagnosed with prostate cancer. And follow-up results, published two years later in 2008, showed that these protective effects were long-lasting, too.3

Now, I know what you’re probably thinking. Hold up — these studies are about prostate cancer. True, they are. (And their results are particularly compelling, too, given that they’re actual placebo-controlled trials, instead of your typical epidemiological fare.)

But this isn’t the only green tea research out there. Not by a long shot. So while I’m already bending your ear, here are nine more reasons you need to get some green tea in your life... regardless of your gender, age, or the state of your prostate:

So what are you waiting for? If you’re not already, you need to start taking green tea yesterday. Here are my recommendations for getting the most bang for your buck, so to speak...

If you prefer to drink your catechins, three to five cups of green tea daily seems to be what’s required for prostate cancer, based on data. (I call this the LTA — lowest therapeutic amount — and it’s important to know.)

You’ll find this kind of “dosage” range in most of the observational data out there. So it’s a smart goal to aim for... with some caveats.

Most importantly, steer clear of sweeteners that will counteract the benefits. And be wary of the caffeine content — which is only half of what you’d find in a cup of coffee, but could still be problematic if you’re sensitive to it. (Particularly if you have trouble sleeping or are dealing with urinary issues.)

In my experience, supplements have the upper hand here — the main advantage being reliable dosage. (Something that’s harder to nail down with brewed tea.) So your best bet for achieving the results in these studies is to look for a product standardized to EGCG — the good stuff.

Take a dose that comes in somewhere around 600 mg of green tea extract. And do it every day.

Top 10 Health Benefits of Green Tea
Green tea is the healthiest beverage on the planet....here's why.
The Health Benefits of Yerba Mate Tea
This exotic tea is a nutritional superfood... plus it makes you feel incredible!
Discover the Mighty Health Powers of Matcha
Here's what you need to know about this little-known antioxidant rich tea...

1 Omega 3s: Top Five Ways Krill Oil Is... 2 Dreading Your Next Colonoscopy? This... 3 Nothing Says “I Love You” Like... 4 Six Science-Backed Reasons to Use... 5 Walgreens to Pay $7.5M Settlement for...
4 Tips to Protect Your Body and Extend Your Life
We're making one of our special reports FREE today! Turn your body into a fortress that protects against a dangerous muscle-wasting disease with a 53% chance of striking by age 83. Just tell us where to send your copy.
Sign up to receive your free report. After signing up, you'll begin receiving the Clear Health Now e-letter daily.
Learn about Clear Health Now and our Privacy Policy