A 50-year-old Florida man was hospitalized recently with a case of acute hepatitis that shocked his doctors.

Initially, the man, who chose not to be identified, thought he was coming down with the flu since he was suffering from nausea, bouts of abdominal pain, and loss of appetite — but then his skin and eyes turned yellow, classic symptoms of the severe liver condition.

The rapid onset of his acute hepatitis — it developed in a matter of weeks — sent doctors scrambling to find the source of his sudden illness. They easily ruled out common causes like contaminated needles, a bad blood transfusion, and high-risk sexual behavior, so they started digging deeper.

He didn't smoke, drink, or do drugs. He wasn't on any medications. He didn't have a family history of liver disease. In fact, before falling ill, he'd had a clean bill of health and was physically fit, working long hours in construction. He hadn't changed his eating habits, but as doctors continued their process of elimination one dietary behavior stood out to them: he'd been consuming four or five energy drinks per day for three weeks prior to his hospitalization. 1

In a case report published in the British Medical Journal, doctors clearly connect the patient's hepatitis to his beverage of choice: “His liver injury was directly subsequent to excessive consumption of energy drinks, and resolved on discontinuation of the product.” 2

Though the medical researchers left the energy drink unnamed, they did point out that it's well-known and that each bottle contained 40 mg of niacin (vitamin B3), or 200% of the recommended daily value. The cumulative effect of drinking four or five of these beverages per day for 21 days straight poisoned his liver. 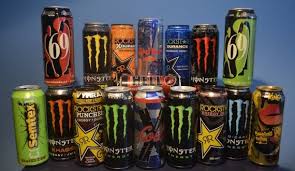 “As the energy drink market continues to rapidly expand,” said lead researcher Dr. Jennifer Harb and her colleagues, “consumers should be aware of the potential risks of their various ingredients. Vitamins and nutrients, such as niacin, are present in quantities that greatly exceed the recommended daily intake, lending to their high risk for harmful accumulation and toxicity.”

The medical researchers also highlight the fact that these drinks usually contain multiple additives — from heavy doses of B vitamins to compounds like taurine, ginseng, and guarana. Not only is there limited toxicity data available for many of these substances, but an added concern is how “little is known about the interactions between the different components of these beverages.” 1

Furthermore, these “active ingredients” don't require FDA oversight or approval, so it's not all that surprising that these blends of substances that have never been sipped together before are having strange effects on some people. 2

Heart attacks are more commonly associated with energy drinks, but this is the second case documented in a medical journal that directly links acute hepatitis to energy drink consumption. The first case involved a 22 year-old woman and the same culprit: a niacin-packed energy drink. 3

Energy drinks are relatively new to the scene, but already a $10 billion business, said Dr. Sanjay Gupta speaking to CNN. 4

Instead of reaching for an energy drink, he recommends a 10-minute walk or a good old-fashioned catnap.

1 Obsessed With Touching Your Face?... 2 The Scientific Reason Diets Require... 3 Monday Roundup: The “Magnificent... 4 How to Stay Healthy on Lockdown 5 Are Your Friends Making You Sick?

1 Obsessed With Touching Your Face?... 2 The Scientific Reason Diets Require... 3 Monday Roundup: The “Magnificent... 4 How to Stay Healthy on Lockdown 5 Are Your Friends Making You Sick?
4 Tips to Protect Your Body and Extend Your Life
We're making one of our special reports FREE today! Turn your body into a fortress that protects against a dangerous muscle-wasting disease with a 53% chance of striking by age 83. Just tell us where to send your copy.
Sign up to receive your free report. After signing up, you'll begin receiving the Clear Health Now e-letter daily.
Learn about Clear Health Now and our Privacy Policy